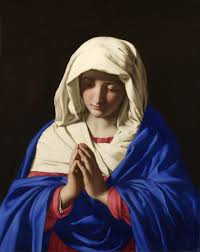 In the debate, during the Cross-Examination period, Dr. Sungenis tried to make the point that Mary had to be sinless in order for Jesus to be.

He asked Dr. Costa if the Bible taught another way for Jesus to not inherit the sinful nature from Adam that Paul in Romans says all people inherit, Dr. Costa rightly cited Luke 1:35,

“And the angel answered her, ‘The Holy Spirit will come upon you, and the power of the Most High will overshadow you; therefore the child to be born will be called holy—the Son of God.’”

The passage makes clear exactly how it is Jesus escaped the universal condemnation Paul lays out in Romans. It was because of His virgin birth. He was conceived by the power of the Holy Spirit, rather than through a natural sexual union. Indicated by the linking word “therefore”, it is precisely the action of the Spirit’s work that allowed Jesus’ human nature to be holy.

Sungenis would not however accept this. Claiming it to be irrelevant, he demanded that this would not be possible without a perfect mother. He asked where the text explicitly teaches that the Holy Spirit blocks the sin from being transferred.

Costa was right that the text could not be more clear that it does. However, not only is the text clear about this, notice also the absurdity Sungenis has forced himself into.

“All that the Catholic church has done is just move it back one step. They have told us the reason why Christ wasn’t going to be sinful, [because] Mary was prohibited from sin” (Quotation ends at 2:06:33).

This is where the wheels fell off. Now, all we have to do is take it back one more step further: How then was Mary made sinless?

The problem is Sungenis’ own logic prohibits him from appealing to any answer but, “her mother was sinless.” To answer with any other reason would be engaging in the very same answer that he did not allow from Dr. Costa.

In other words, by the very standard he applies to justifying Jesus’ perfection, he must abandon when justifying Mary’s.

In fact, the question was asked of Dr. Sungenis in the audience Q and A. All he said was the reason the natural conception was necessary was because of her mother’s sin. But that is irrelevant. The question that needs to be answered is why was God able to miraculously save her from her mother’s sin, but was not able to do this very same thing with Jesus?

If Christ needed a sinless mother to be sinless, then Mary did too. Thus, Catholics of necessity not only exclude Mary from Romans 3, but every single mother and father in her ancestry, which goes back to Adam and Eve.

This is the absurd conclusion he must come to when his logic is applied. The roof has come off his argument.

The Debate Within the Debate

When the debate first came out, I did not have time to listen to the entire thing. I began to bounce around just to get a taste for how it went. What I found interested was how little the conversation was actually about Mary.

As I searched throughout the link, it came as no surprise that Sungenis argued in the way he has every time in the past. There was more debate about the apostolic Jerusalem council in Acts 15 than there was about the doctrine of Mary’s immaculate conception.

This is, in a very meaningful way, an honest approach from the Roman Catholic position. Dr. Sungenis focusing more on Acts 15 demonstrates the point Catholics believe all the Marian doctrines, the immaculate conception specifically, simply because Rome says they must.

Sungenis was not able to defend this from the Scriptures, nor from history, and he barely tried to. Rather, his attempt is to prove from Acts 15 that Peter was the head of a council which made an infallible, dogmatic decision about doctrine, and that therefore, Rome’s council which defined this Marian dogma some 18 centuries later, shares that authority.

Sungenis’ debate style was essentially an admission that apart from an a priori commitment to Rome’s authority claim, one would never reach the conclusion that the Catholic is forced to be committed to. Regardless of the facts that many fathers whom the church has exalted to the Sainthood denied this doctrine, regardless of its absence from the Scriptures, the Church has spoken, and that settles it.
That is why, this debate really turned more into a debate about Sola Scriptura (Scritpture Alone) rather than a debate about the actual topic of Mary’s sinful disposition.

This means we must address briefly the claims of Sungenis, and remind ourselves that Rome cannot possibly pull rank with any epistemic superiority.

I have laid this argument down in many other blogs, but I will again: The Roman Catholic’s means of determining Rome’s authority is a self-contradictory pursuit.

They constantly appeal to this alleged authority to settle debates they are not winning. Sungenis did this many times. However, the Roman Catholic cannot possibly know Rome is authoritative infallibly, which means he does not have any more infallible certainty about anything than the Protestant.

Here is why. How would the Roman Catholic go about trying to justify Rome’s infallible nature?

Can the Bible Validate Rome’s Claim?

They could not appeal to the Scriptures. Whenever the Protestant tries to argue from the Scriptures, the Papist will regularly claim that the Protestant cannot do this because the protestant has no way of ascertaining infallible interpretive certainty of the text without an infallible guide. So often the claim is even made (as Sungenis did) that Protestants would not even have their Bible’s without the infallible church to infallibly define and compile the Canon.

So the claim is that because we are fallible, we cannot ultimately know what the Bible teaches, or what the Bible is, without an infallible rule above us to provide these things.

In other words, we need the church in order to have a Bible and in order to know what it says.

The problem then becomes that because the Roman Catholic has to come to the conclusion that Rome is infallible apart from Scriptures, since they first need Rome to give and interpret the Bible before they can believe it.

What else could the Papist try? They often try church history. But how do they know what happened in history? They were not present after all. They would need to read books. However, they are fallible people!

If a fallible person can find no certainty in God’s infallible Word, this problem only worsens once applied to a fallible, man-inspired book.

Thus, the Catholic could not appeal to church history, nor to the Scriptures in order to justify the claim that the Roman Church is an infallible authority, because they must first submit to Rome in order to have certainty about those things.

Can the Roman Church Validate Herself?

Lastly, the Roman Catholic cannot appeal to Rome herself to validate the belief about the nature of the church. They cannot attempt to claim that she self-authenticates. The reason is that if Rome can self-authenticate herself, then the Bible could too, being the very Word of God (2 Timothy 3: 15-17).

Therefore, there is no getting around the absurdities. The belief to follow Rome as an infallible rule cannot be justified without a blind, a priori commitment, or by self-contradictory argumentation.

Who Interprets the Interpreter?

Lastly, even if one were to grant Rome as infallible, it does not solve the problem created by the Catholic, for Rome still has to be interpreted. Everything a Pope speaks, and everything a council writes must be interpreted.

The Roman Catholic readily admits the Scriptures are infallible. Thus, the problem for the protestant, they claim, lies in the interpreter, not the source. However, that applies to Rome as wwll. Even if the source, the church, is infallible, she must still be interpreted by fallible people.

All of this is to say a Roman Catholic has no more certainty about any Bible passage or any fact of history simply because they think their church is infallible. The Mormons and the Jehovah’s Witnesses think that too. And that is exactly why they also hold beliefs that are just as unbiblical and a-historical as Rome’s Marian dogmas.

Interestingly enough, what we find is that the churches who have “infallible”, extra-biblical authorities today are the ones who hold to doctrines most abhorrent and foreign to the teachings of Scripture. And this debate bears witness to that.